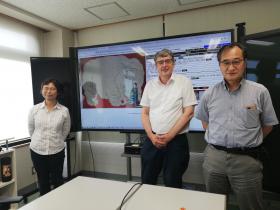 Professor Thomsen, thank you very much for your time today. How did you first connect with the Art Research Center (ARC)?

Prof. Thomsen: I met Professor Akama in Geneva more than a decade ago. Since then, we have embarked on several projects digitizing and cataloging Japanese woodblock prints at the Print Cabinet in Geneva.

Thanks to the efforts of the ARC in digital archiving of these prints, we have held two exhibitions at the Print Cabinet--one on kabuki prints in 2014 and the other on surimono prints that is currently ongoing.

In 2016, the University of Zurich also held a three-day international symposium on katagami in Zurich where several ARC faculty members presented their research.

You are the leader of two ARC-iJAC international joint research projects. 'Tracing the Reception of Japanese Art in the West: Case Study of Freiburg im Breisgau' was conducted in the fiscal year of 2021, while you examine the case of Monte Verità in the current fiscal year. Could you tell us your motivation for these projects?

Prof. Thomsen: There has been a prolonged interest in academia to study Japanese art outside of Japan that goes back to the 1970s. However, the focus has mainly been on meibutsu (名物) and their connections to Japan.

My research interest lies not only in finding and identifying objects that have been traditionally seen as meibutsu but to expand on this. Some Japanese art collections across Germany and Switzerland, such as the collections left behind by Ernst Grosse (1862-1927) and Baron Eduard von der Heydt (1882-1964), have been little explored.

As part of our ARC-iJAC projects, we have been digital archiving and cataloging these artworks as we intend to not only examine their connection and existence within Japanese art history but place them in context of both their Japanese origin and a piece of local Swiss/ German history. 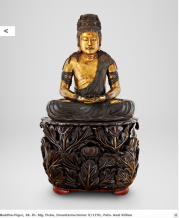 In your ARC-iJAC projects, you also investigate the art collectors and other agents involved in bringing artworks from Japan to Europe. Could you tell us why?

Prof. Thomsen: We hope to get a better understanding of the roles these various pioneers held in spreading public and academic knowledge of Japanese art.

In graduate schools, the students typically look at the most recent texts, whereas older ones are neglected because they are considered 'old history'.

We are inclined to think that there is a sudden burst of light, and we know everything about a subject--but it builds over time. The gradual growth of knowledge on certain subjects tends to be ignored in the West.

Japanese collections had been brought to Europe for particular reasons--the art collectors could have considered them interesting, and perhaps important. The motivations and individual stories of these collectors--two key persons were Ernst Grosse and Baron Eduard von der Heydt--should not be forgotten.

For instance, despite his early influence in East Asian art studies and contributions to the establishment of the Japanese art collections in the West, the role of Ernst Grosse has largely been forgotten. Furthermore, many other people, including middlemen, were involved in the process of knowledge transfer of Japanese art in the West. It was not a simple process.

To 'resurrect' these histories of learning, we should give credit to these pioneers. 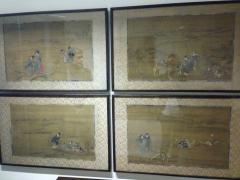 Has there been something particularly fascinating that you found regarding these pioneers?

Prof. Thomsen: For instance, as opposed to Ernst Grosse, von der Heydt had never been to Japan. So, where did he buy his artworks, and how did they arrive there?

Furthermore, von der Heydt gave his East Asian art collection to Museum Rietberg in Zurich. However, some key pieces, including a fine collection of Japanese woodblock prints, never went to Rietberg. Instead, they have remained at his home, a modernist-style Bauhaus building in Monte Verità where they have been largely forgotten and become a part of hotel decoration.

So, what are the pieces he did not give to Museum Rietberg, and what does this tell us about the status of these objects?

We would like to address some of these questions as part of our ARC-iJAC projects, directed toward rediscovering a forgotten history of the reception of Japanese art in the West.

We intend to fully digitize and catalog the collections of Grosse and von der Heydt that have been lost to the public. 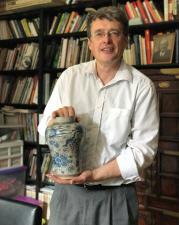 Could you please tell us more about your post-COVID plans?

Prof. Thomsen: I plan to continue working with Japanese art collections here in Europe. In the last fifteen years since joining the University of Zurich, I have had the pleasure working with more than 50 different museums--including museums in Switzerland, Germany, Ukraine, France, and Italy.

Regarding our ARC-iJAC projects, we faced the problem during the pandemic that we could not enter the museums for a long time. Therefore, many of the Japanese artworks Ernst Grosse left behind still remain in cardboard boxes. Once we get permission from the museums, I plan to take higher-quality images of the objects that we can replace and add to our ARC database.

I am excited that there is still an incredible research potential in these art collections in Freiburg and Monte Verità, and I hope to continue the delightful research collaboration with the ARC for many years to come.

(This interview was conducted by Yinzi Emily Li.) 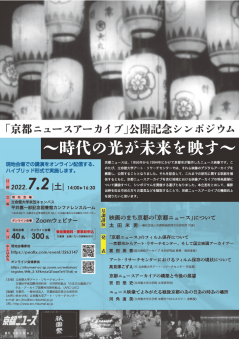 タイトル：「Going to War During the Taisho Period: Japan’s Siberian Intervention of 1918-1922 as Illustrated by the Pictorial Diaries of Infantryman Takeuchi Tadao」
講師：英国イーストアングリア大学 日本史講師 ナディーン ウィレムス 先生