The Art Research Center (ARC), Ritsumeikan University, has been actively promoting cooperative research between the humanities and cutting-edge information technology, with a strong focus on digital archiving of Japanese cultural properties, both tangible and intangible. The ARC has been selected as an International Joint Usage/Research Center Program by the Ministry of Education, Culture, Sports, Science and Technology, Japan, in October 2019.
With the establishment of the Digital Archive Research Center for Japanese Cultural Resources, we are pleased to invite researchers to submit joint research proposals to facilitate research and/or utilization of Japanese cultural resources through their digital archiving and database building.

The research leader of the joint research team should be a faculty member/researcher/curator who belongs to a university or a research institution within and outside Japan.
Note: a graduate student cannot be a leader.

The joint research team as an organization

2. While it is recommended that the team include a faculty member of the Art Research Center* as its team member, you can apply without an ARC member, as well. If that is the case, we may assign a member to join the team as its coordinator.
*In this case, the ARC faculty does not include senior researchers, postdoctoral fellows, researchers, and visiting researchers.

3. You can recruit (an) additional member(s) after your proposal is selected. The ARC will assist the recruitment.

Please note that out databases will undergo a scheduled network maintenance from 0:00 to 6:00am JST on Wednesday, November 18, 2020.

During this period of time, our databases will be unavailable twice, each time for 20 minutes.

We apologize for any inconvenience this may cause and appreciate your understanding. 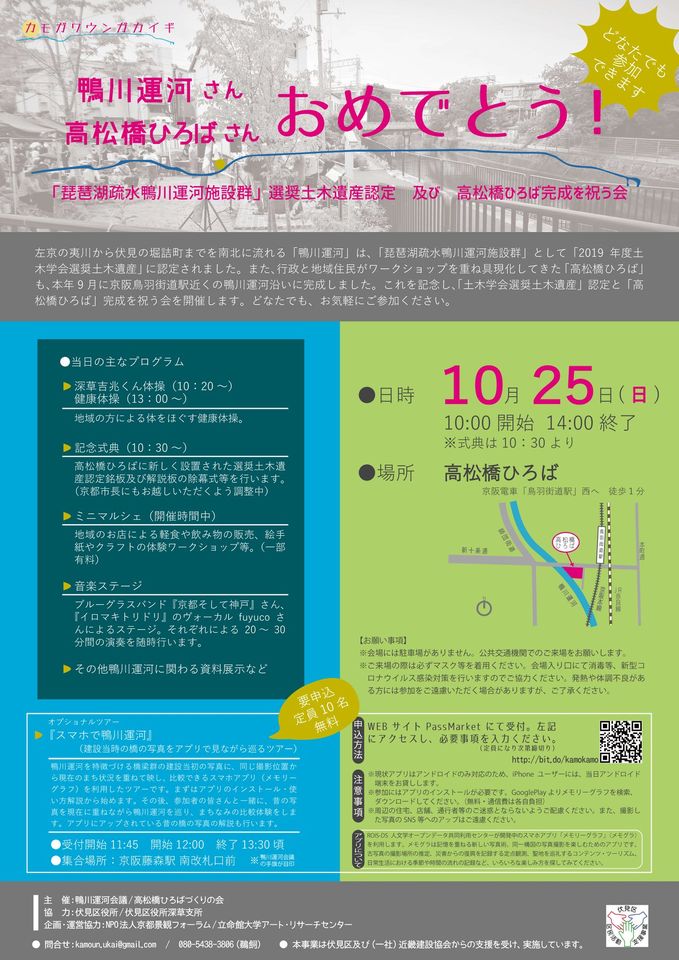 The Art Research Center (ARC) is pleased to announce that a special video of Mio no Kai (澪の会), which could not take place on September 7, 2020, has been released and will be available online until December 6, 2020.

Kyomai refers to the Kyoto style of the Japanese traditional dance expressed by the Inoue school that is based in the geisha district of Gion, Kyoto. The Inoue style is the only dance form studied by the geiko (geisha) and maiko (apprentice geisha) in the center of Gion district, and it incorporates influences from the traditional Japanese noh dramas as well as joruri puppet theater performances.

With a history extending back to the Edo period (1603 to 1868), the Inoue style of kyomai has been passed from generation to generation by a succession of female dance artists. The current headmaster of the Inoue school is Yachiyo Inoue V, designated as a Living National Treasure by the Japanese government.

Mio no Kai (澪の会) was started as a study session by Yachiyo Inoue V in 1981 using the rehearsal hall in Shinmonzen, Kyoto.

As it is a rare and sophisticated dance performance by the headmaster of the Inoue school, Yachiyo Inoue V, this event has been widely known across Japan, attracting both the citizens of Kyoto as well as many people from the Kanto area.

Mio no Kai (澪の会) is usually held four times a year (April, June, September, and December). However, due to the impact of COVID-19, it has not taken place this year.

Therefore, we are even more pleased to share this video of Mio no Kai (澪の会) online for the people who were looking forward to the event and to provide an opportunity for a broader audience outside of Japan to watch the kyomai dance.

While the performance is usually held on a relatively small scale in the rehearsal hall in Kyoto with an audience limited to around 70 people, please take this unique opportunity to watch the performance from home.

Based on the agreement with the Katayama Family Foundation for the Preservation of Noh and Traditional Kyoto Dance, the Art Research Center has been in charge of the production (recording and editing) and distribution of this video.

Furthermore, master's students of Digital Humanities for Arts and Cultures, the Graduate School of Letters, Ritsumeikan University, have participated in this video production.

We sincerely hope that you will enjoy this video and spread the word to your friends and family.

Name of the group: Mio no Kai (澪の会)

「邯鄲」Kantan (Handan in English- name of a city in China)

「花の旅」Hana no tabi (The journey of the flowers)

With the start of the Fall Semester, the Art Research Center (ARC) is pleased to announce the upcoming schedule for the International ARC Seminars.

Details on speakers and topics will be continuously updated on the ARC website.

(The second International ARC Seminar in December and January will be announced as soon as possible.)

*The webinars are free of charge and non-ARC members are also invited to participate.

We are pleased to announce that a new video introducing the contents of the Gion Festival Digital Museum has been uploaded. The video provides an overview of its features and shows how to navigate through this website.

The video was made by a student of the Graduate School of Letters, Ritsumeikan University, supervised by the ARC.

The charity performance -Sending prayers from Kyoto- by the Noh performers of the Kyoto Kanze School had been streamed online from the ROHM Theatre Kyoto on September 25 (Friday).

The video is now available to watch online for free via YouTube until October 12 (Monday), 24:00.

Besides the Noh performance, the video features a commentary by Kurouemon KATAYAMA, a shite (primary actor) of the Kanze School of Noh and eldest son of Yusetsu KATAYAMA (Kurouemon Katayama IX ･living national treasure). Kurouemon KATAYAMA has been designated as a holder of Intangible Cultural Properties and serves as the chairman of the Katayama Family Foundation for the Preservation of Noh and Traditional Kyoto Dance.

Based on the agreement with the Katayama Family Foundation for the Preservation of Noh and Traditional Kyoto Dance, the Art Research Center studio members have been in charge of the video recording, editing, distribution and live streaming of this performance.

Please feel free to spread the word to your friends and family as well. 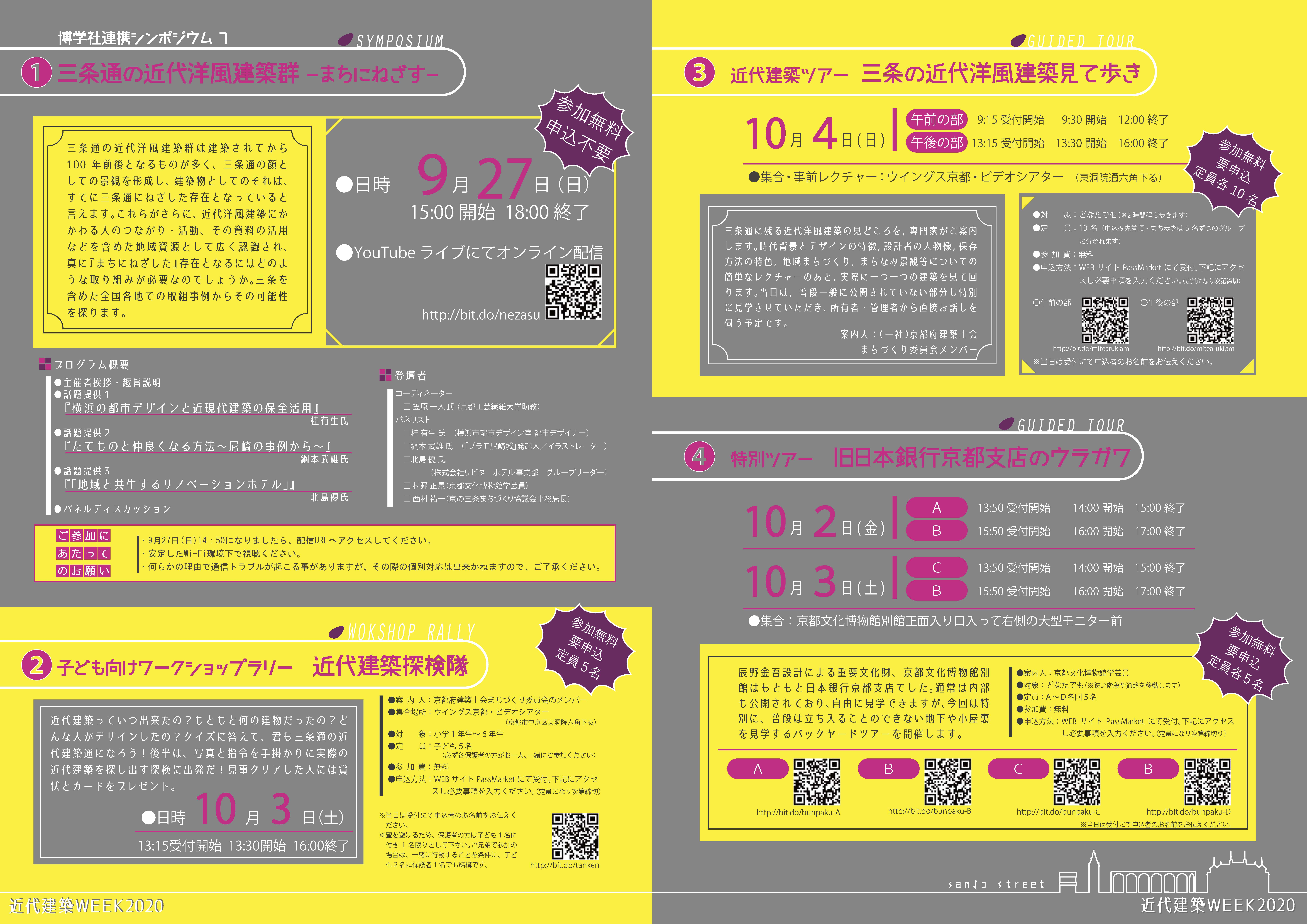 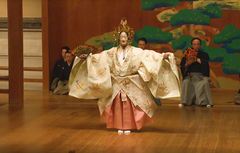 The charity performance -Sending prayers from Kyoto- by the Noh performers of the Kyoto Kanze School will be streamed live online today in order to prevent the spread of COVID-19.

Based on the agreement with the Katayama Family Foundation for the Preservation of Noh and Traditional Kyoto Dance, the Art Research Center studio members have been in charge of the video recording, editing, distribution and live streaming of this performance.

September 25 (Friday) at 19:00 (JST) live streaming from the ROHM Theatre Kyoto via YouTube

Please feel free to spread the word to your friends and family as well.