B03 Stage Equipment and Effect

When an actor from the Kamigata region (Osaka and Kyoto area) contracted with an Edo theatre, his first appearance before an Edo audience was called omemie. Each actor had his strengths and weaknesses when it came to delivering lines and performing dance plays, so he would introduce his best acting. The omemie generally occurred during the scenes known as danmari, in which case a stage announcement (kōjō) was delivered as part of the performance.

Danmari are scenes of struggle in the dark. Lead actors silently perform slow dance-like fight movements, careful to show themselves to advantage at each turn. They vie for some treasured object, an important item connected with the plot, and new developments arise with each change of possession.

In this print, the stage mechanism known as seriage (rising trap) is being used. It lifts the actors onto the stage, and they suddenly appear before the audience carrying on a private feud. This kind of scene could be very effective as an occasion for omemie. 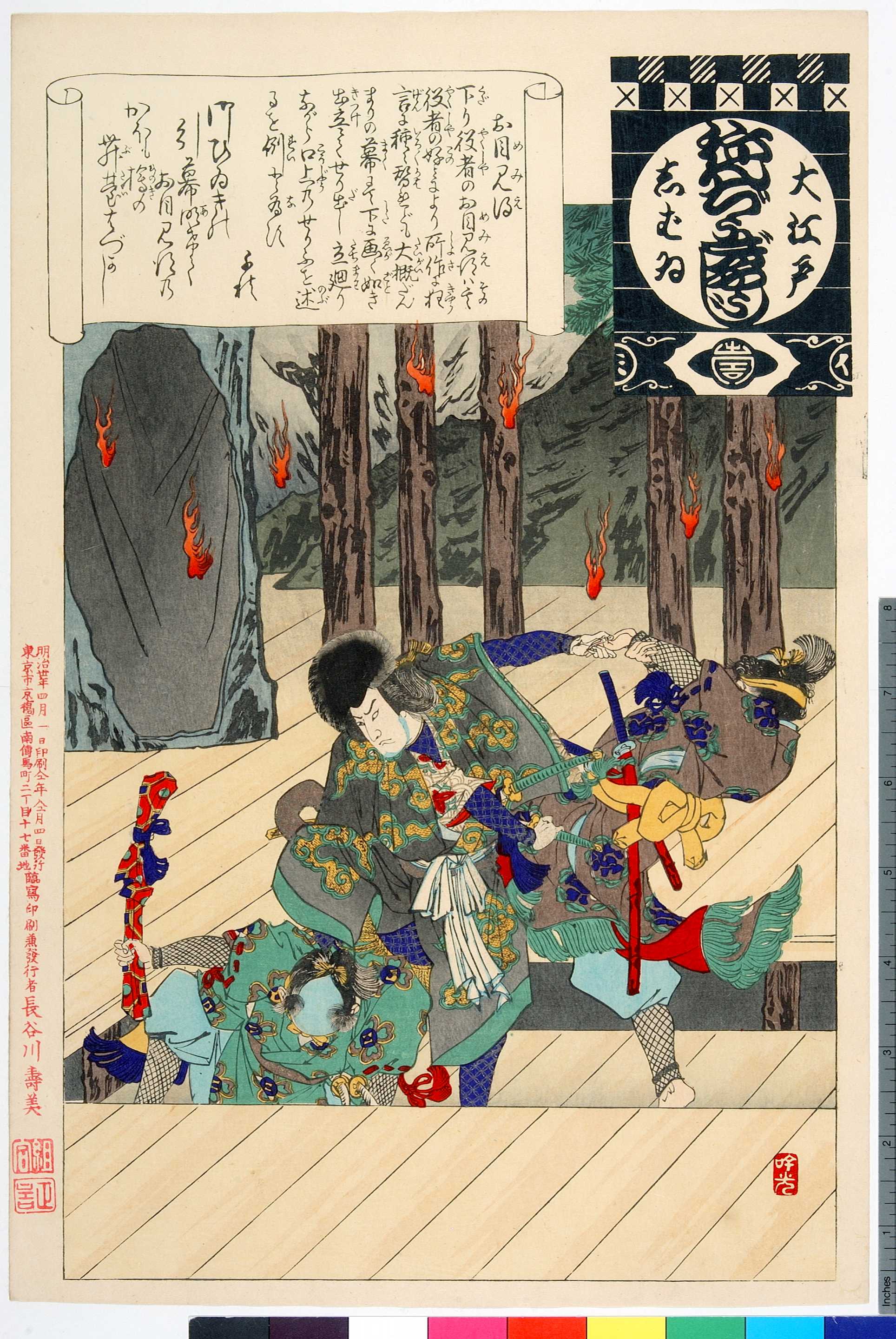