Waki kyōgen are old pieces from kabuki's earliest days. Each theatre had its own play, and it was performed early in the morning, around sunrise, after the first piece, Sanbasō. Played by the lowest-level apprentice actors known as inarimachi, together with trainee musicians, it was both a ceremonial piece and one that offered young actors opportunities for stage practice. In this print, we see a performance of the play Shichi fukujin (Seven Lucky Gods) at the Ichimura Theatre. The waki kyōgen for the Nakamura Theatre was Shuten Dōji, and at the Morita Theatre, it was Kōshimachi. The music and movements for Shichi fukujin have been passed down, but Shuten dōji has disappeared, and only the music remains for Kōshimachi.

In Kamigata (Ōsaka and Kyoto), theatres didn't have characteristic waki kyōgen. Pieces were chosen to accord with the season, generally taking their subject matter from Mibu kyōgen (a performing art associated with this area).

The old style of kabuki remains in performances of waki kyōgen: the stage is made to resemble an early-period stage, that is, a noh stage; a fusuma (papered frame used as a sliding door) with painted pine branches is erected in the place of the kagamiita (the back wall of the noh stage, which is always decorated with a pine tree); and the musicians come out to play on stage. Related to this last point, the large drum and its player are depicted in this print, as well as the informally-dressed men poking their heads around the side of the fusuma to sing the nagauta music. 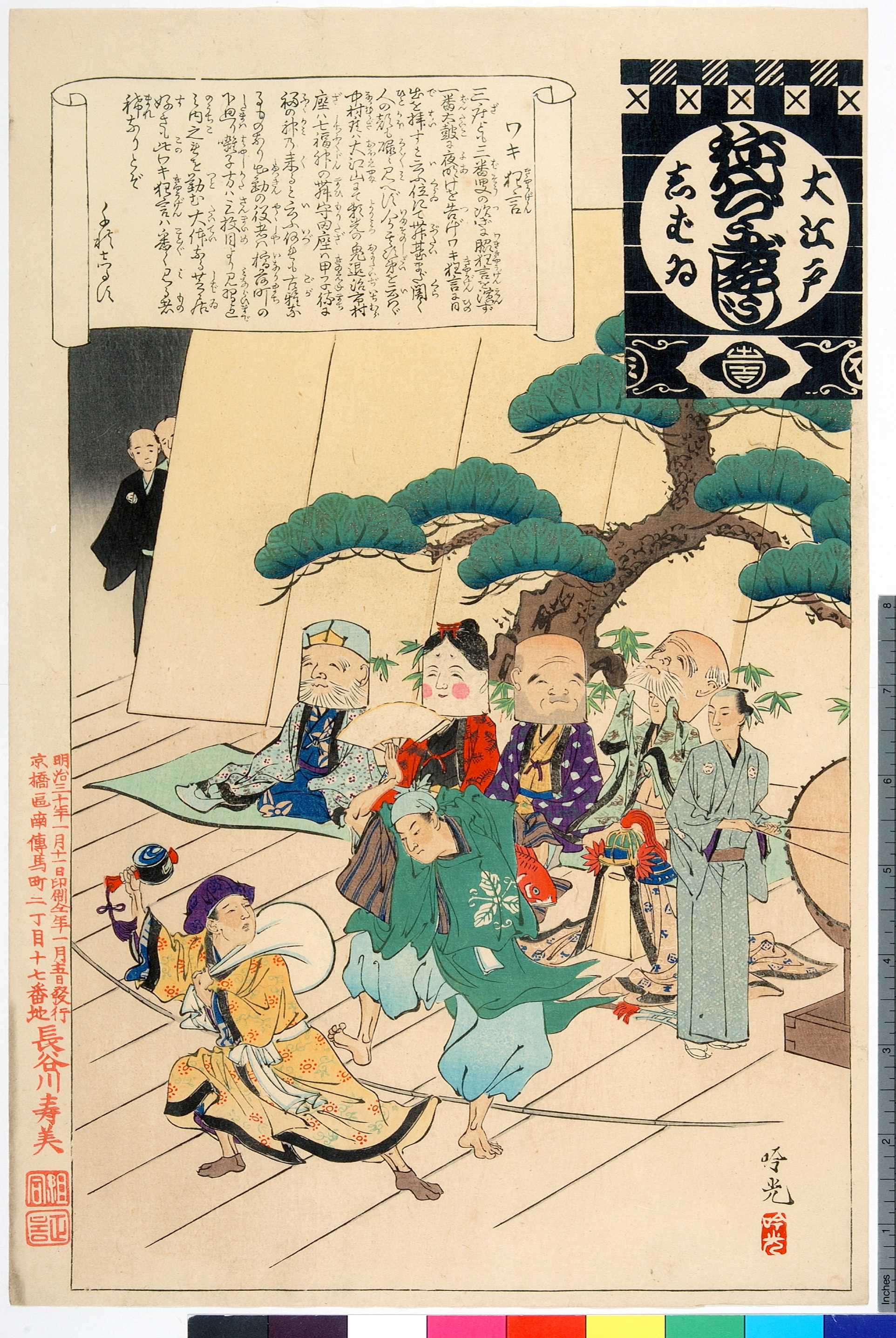