B14 Signboards and Miniature Scale Stage

During Kaomise performance term, boards called Monkanban (lit. signboard with crest), were displayed in front of a theater. In every Monkanban, name of an actor who contracted with the theatre and his crest was printed on.
Shitamawari were lower class actors before promoted to Nadai, and usually their names were printed together on a single board. This was called "dog pee" because their board was displayed in the very bottom where even dog can pee.
In this picture, the miniature ornament of Sanbasou, a dance program, is displayed in front of the green blind. The back of the blind is Shikiriba, theater office, and they often used its front space as show window putting a small stand and displayed a miniature scale stage. Shibaijyaya also displayed the ornaments and curtain on the roof and this added floridness to the theater district (see also here).
Miniature scales of stages were reproduced as Kumiage-e, a kind of Ukiyo-e designed for paper craft, by Kami soushi-ya, publishers doubled as distributor, and sold to the general public. Therefore people could enjoy various Kabuki programs not only in the theater but also at home. (,) 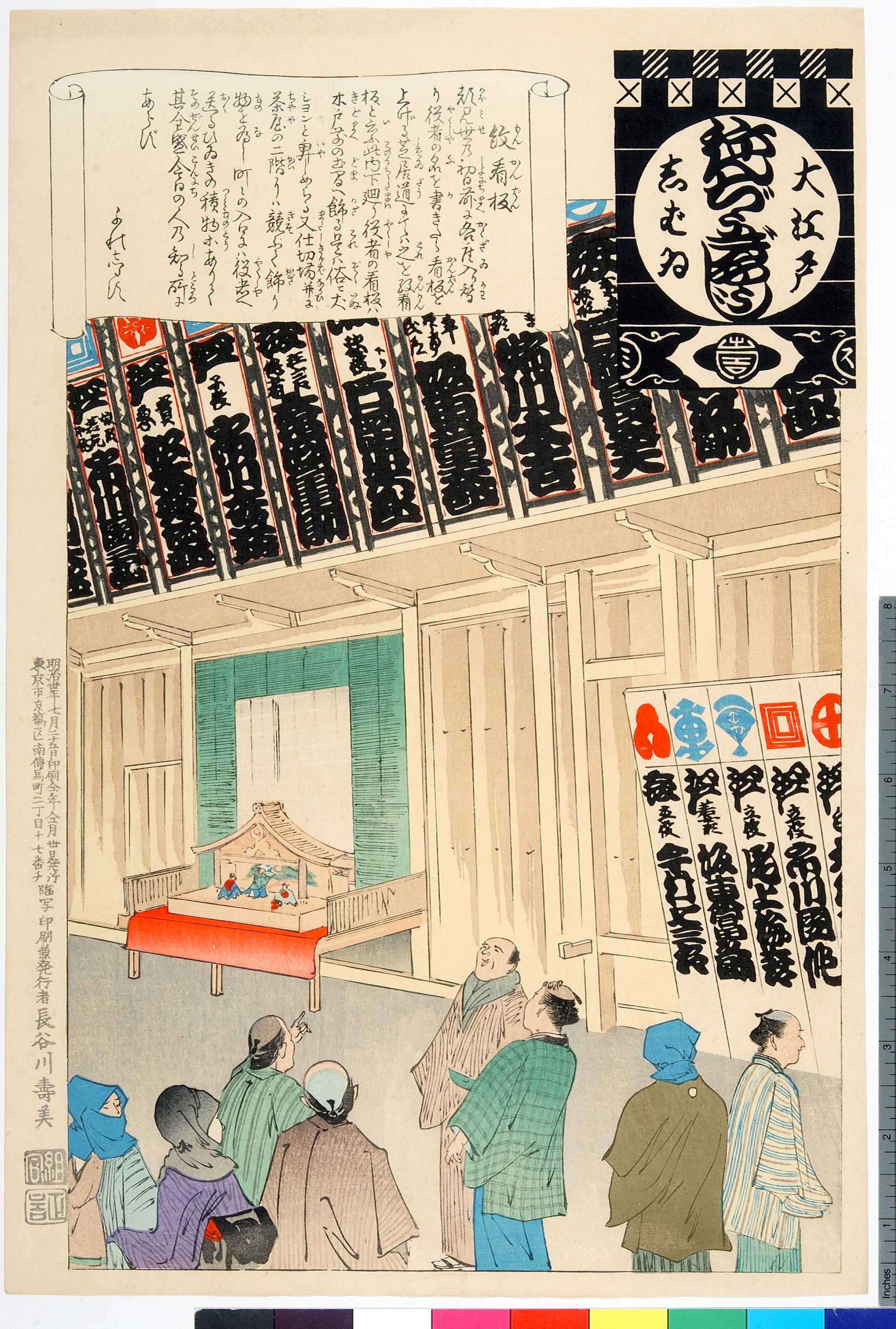