Ō-Edo shibai nenjū gyōji (Annual Events of Edo Kabuki), is a series of twenty-six prints published in 1897 together with a one-sheet table of contents.

Just thirty years after the Meiji Restoration, nostalgia for the Edo Period arose, and works were published that responded to the contemporary longing for the "good old times" of the Tokugawa Period. This series is among them, describing Edo-period kabuki production practices among the three theatres.

Around 1800, guidebooks for the appreciation of kabuki were published in Edo and Osaka that discussed not only current actors and plays, but also stage properties and equipment, as well as backstage activities. Ukan sandaizue (1772) provided an early model, but they really began with Shibai gakuyazue published in Osaka in 1800, and then appearing in quick succession, Takamura Takesato's Ehon shibai nenjū kagami (1803) and Shikitei Sanba's Shibai kinmōzui (1803), which further developed the genre. The series Ō-Edo shibai nenjū gyōji depicts the actual conditions of Kabuki production at the end of the Edo Period based on such previous works. 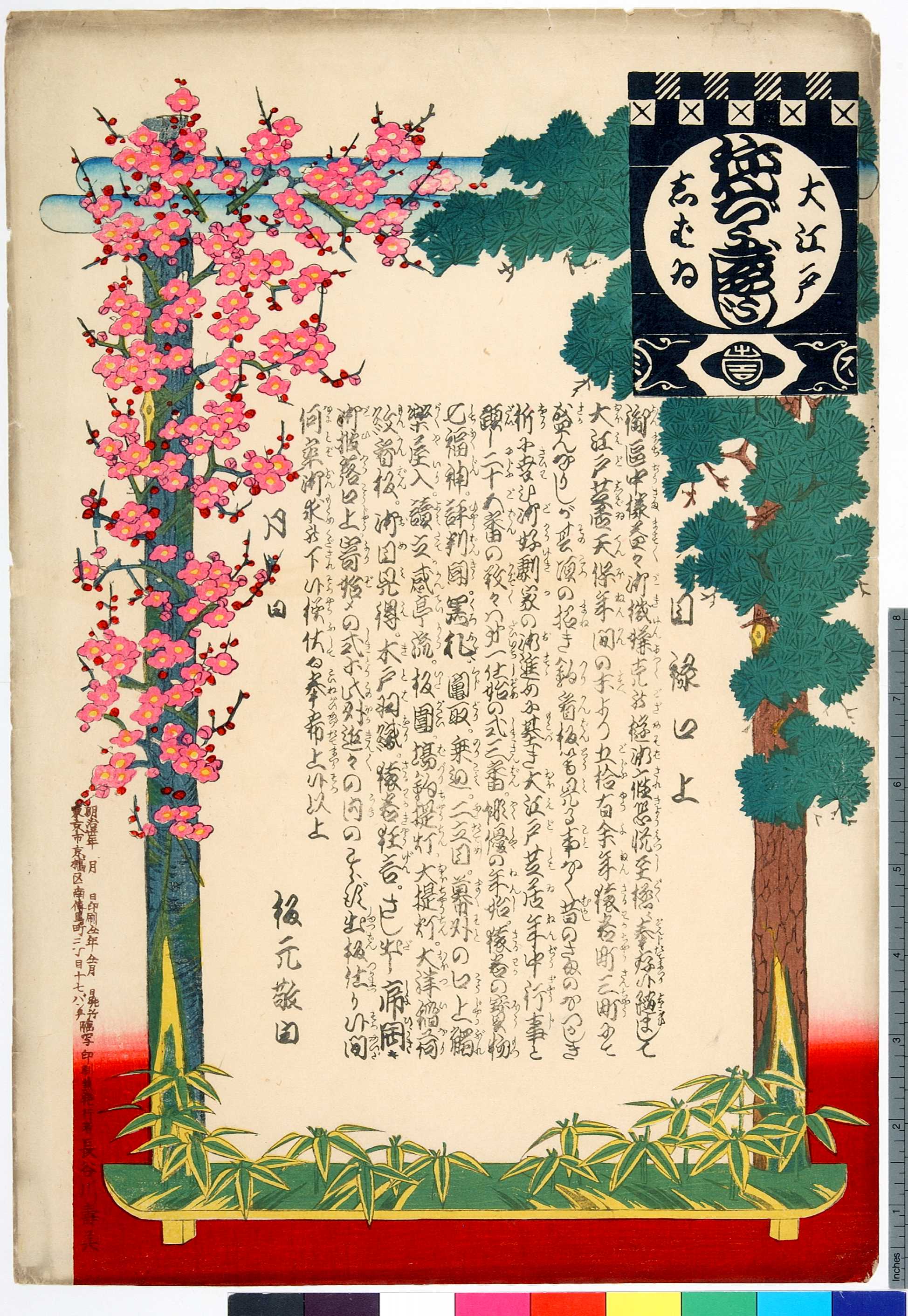