B13 Mimicry of Actor's Voice

The two men standing in front of the theatre in this print are kido geisha ("entertainers at the theatre entrance," also called kidoban.) As part of the theatre staff, they announced the new plays and casts on the day before an opening, and promoted the production to the crowds awaiting opening day (shonichi). After making the announcements (yomitate), they would perform voice imitations (kowairo) of the actors appearing onstage, in order to entertain passersby and excite their interest in attending the performance. The print presents this activity as occurring only in anticipation of opening day, but it actually occurred before each act of a performance.

Kido geisha wore kimono supplied by the lead male and female-role actors, as illustrated in the print. The peony of the Ichikawas and the design of plovers in swirling water of the Sawamuras can be seen on the kimono of each of the two standing men. The print also clearly depicts the appearance and placement of the illustrated billboards (ekanban) hanging on the theatre facade. 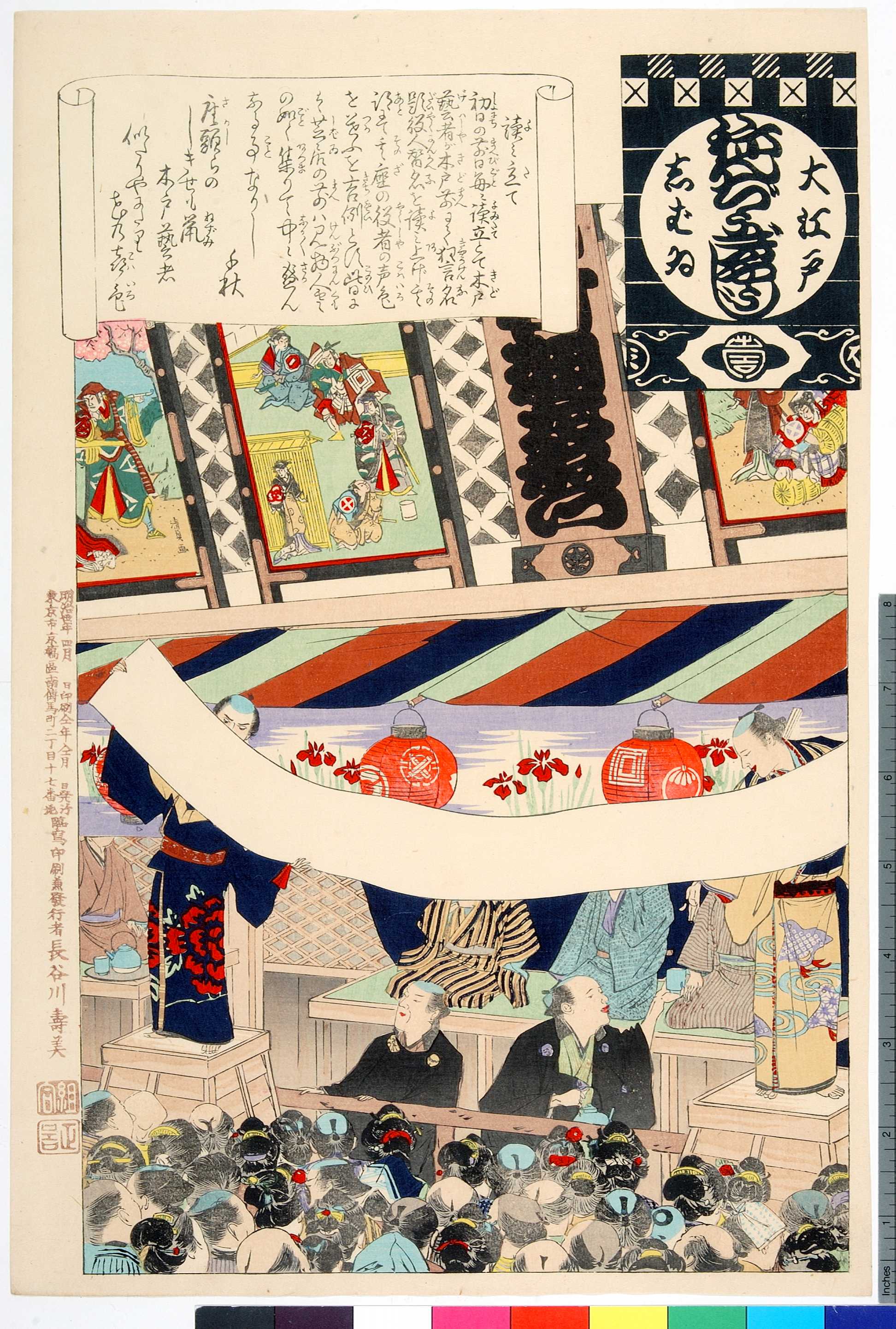