B12 Reputation among Audiences

With the excitement of the experience still in the air, fellow theatre afficianados might pass time after the performance exchanging opinions about what they had seen, as depicted in this print of men standing around talking in front of the theatre while slurping noodles from a food cart. Collecting this gossip was useful to the theatres. Spies would be sent out to listen in, and according to what they heard, acts might be replaced or play content might otherwise be modified. This print depicts a time before the three licensed Edo theatres (Edo sanza) were forced to move to Saruwaka-chō in Asakusa as a result of the Tenpō Reforms (1841-1843). The Nakamura Theatre was still in Sakai-chō and the Ichimura Theatre was still in Fukiya-chō. 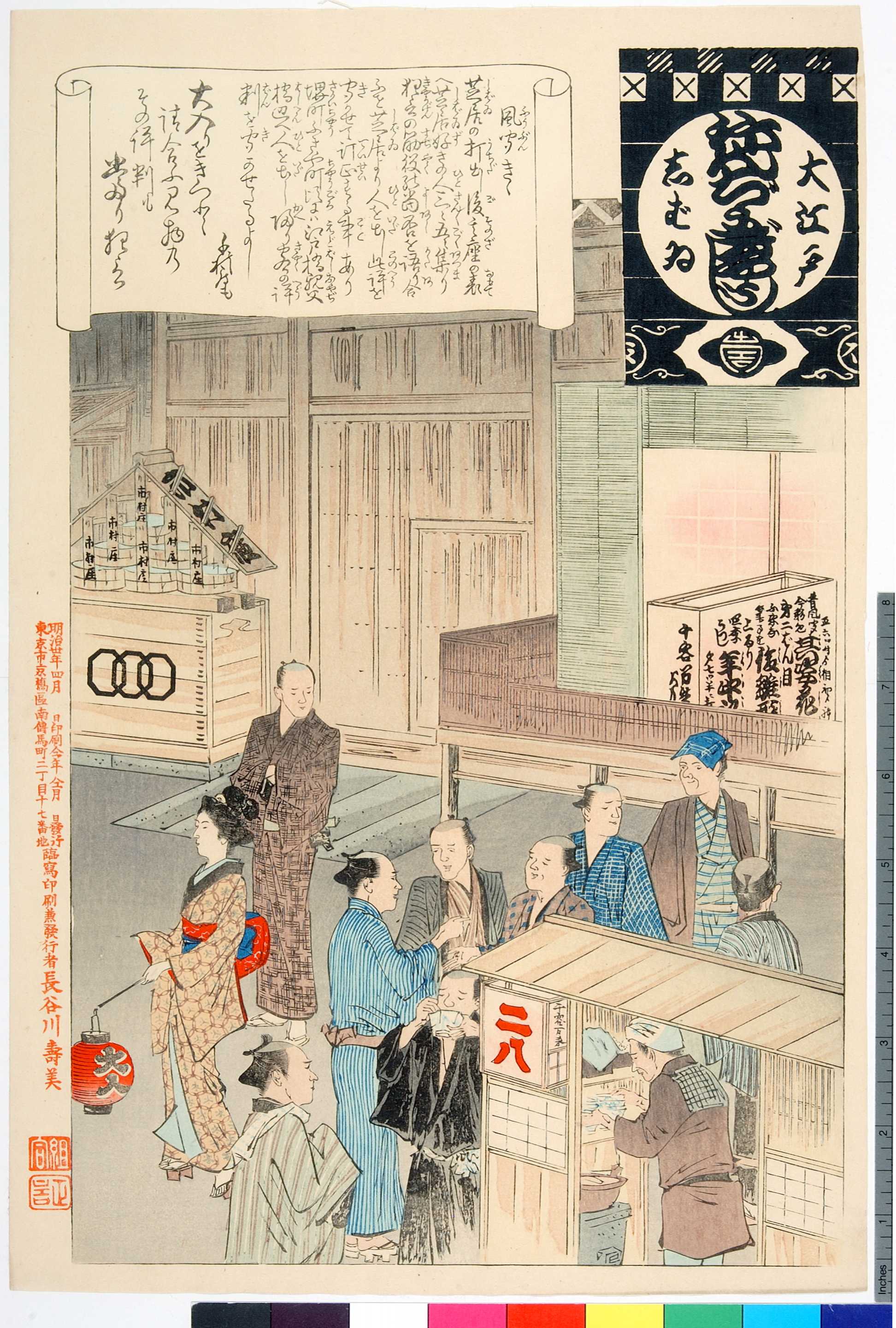