The message board known as the kurofuda hangs to the side of the stage in this print. When a message needed to be given to a theatre member, the person in question was called to the theatre entrance; if after three attempts he still hadn't responded, the message was put up on this board for a fee. In addition to this intriguing communication system, this print is unusual in depicting aspects of kabuki not usually found in visual material: the tsukeuchi, the man who beats the wooden blocks (kneeling); a member of the playwriting staff (kyōgen sakusha) striking the hyōshigi (standing); and the makuhiki, the person responsible for drawing the curtain.

Tsuke is the beating of hyōshigi (wooden clappers made of oak) on a zelkova-wood board placed on the floor, stage left front, and used for sound effects such as the sounds of running or something falling, or to highlight and draw attention to techniques such as mie. In Edo, this job fell to those responsible for the sets, and in Kamigata (Ōsaka and Kyoto), it was the responsibility of low-ranking members of the playwriting staff.

A member of the playwriting staff was responsible for striking the hyōshigi, also called ki. The sound signaled the revolution of the stage during a play, and in conjuction with music (narimono), it also added aural effects to the performance. 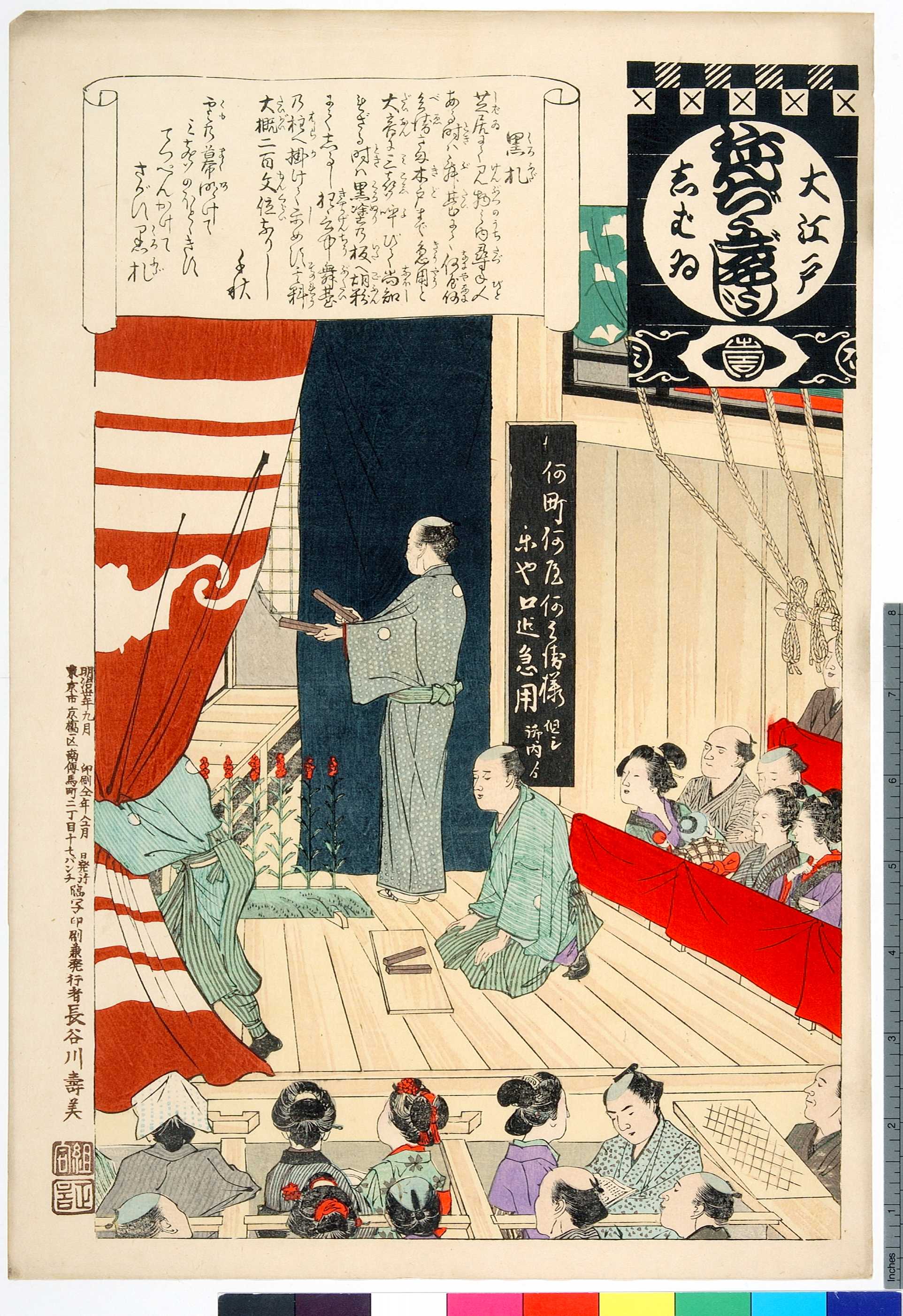