This book is a play script published for fans who love to enjoy Kowairo (to mimic an actor's voice). In the first half of the book, same as normal play script for Kowairo, famous great lines were extracted from the programs on the board and listed up by actor. In the same page, the actor's crest, status, name of family, and even Haimyo (offstage name) were written with his name as well, so readers can easily get information about their favorite actor.
In following pages, Nigao (likeness painting) of each actors were printed in variety of colours, so fans enjoyed the feeling of acting on the stage by looking at the image and mimicking the line.
In the last half of the book, short evaluation of each actor of those days who performs in Edo was written. For example, for the actor Ichikawa Danjyuro the eighth the lines of the popular hero Soga Goro Tokimune was chosen, but the writer's evaluation doesn't look like an actor critique, it refers to nothing but a carp. But it was one of popular technique of Edo culture "Mitate" (viewed as), even when the writer did't mention about the actor or acting, features of the fish worked like metaphors of them. In this book, other evaluations are also like this. (,) 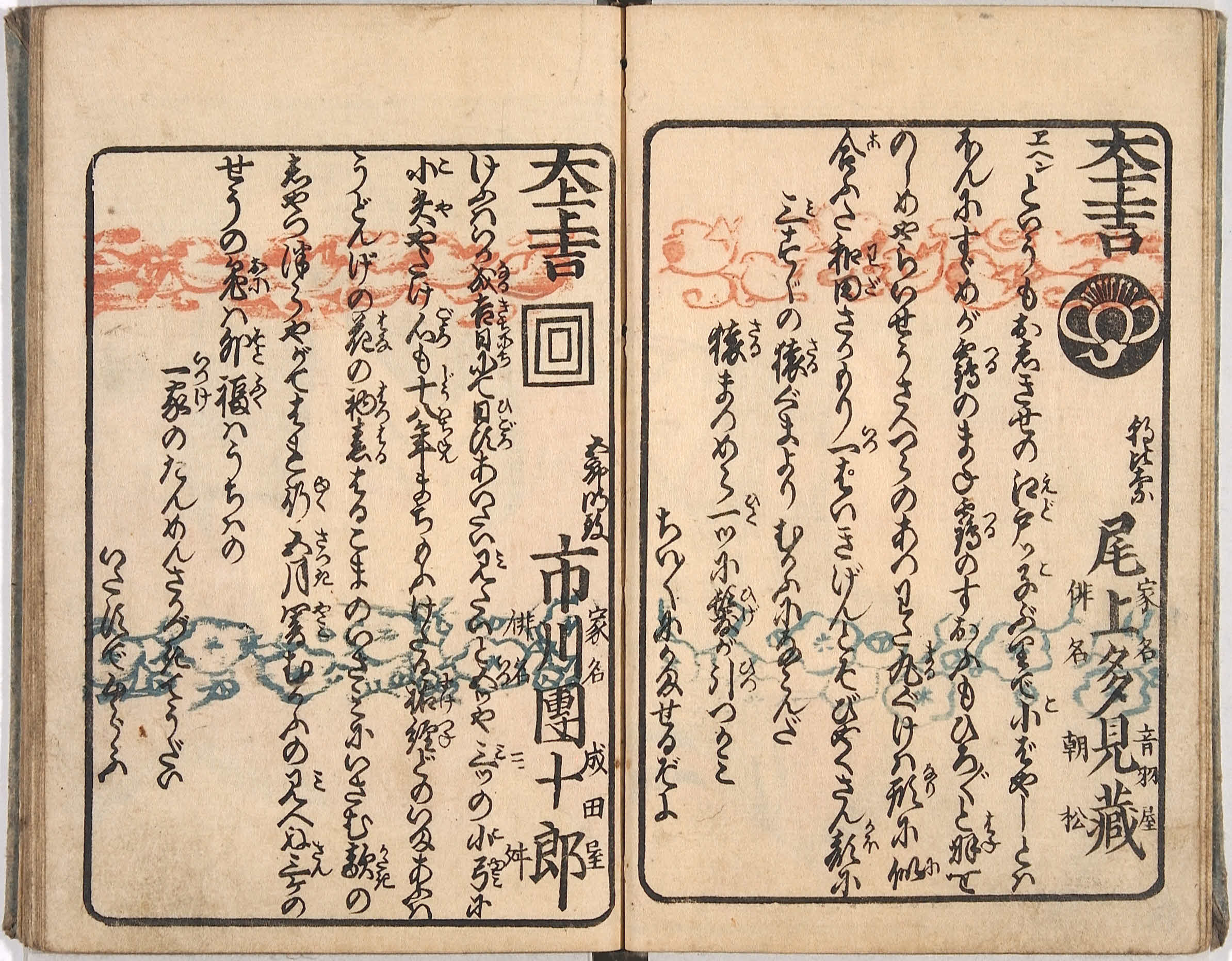