This picture described how the stage setting called "Suppon" worked at the very moment when an actor appeared from a stage trap, by depicting the inside of it from audience side. Suppon was a stage elevator installed in the middle of Hanamichi (elevated passageway) continued from the stage.
Suppon was a common name of Seri(lifting up), because actor's face coming out from the hall looked like Suppon (snapping turtle). Suppon was often used when supernatural character appears or character uses black magic and ninja art in story, and this picture is also the scene when Ogata Rikimaru using ninja art appears on the stage with smoke screen.
There are also other kinds of Seri in Kabuki. O-zeri (big Seri) lifts entire stage, and Ko-zeri (small Seri) is used when they lift up and down actors.
It is said that the origin of Seri is one of the puppet play "Gion sairei shinkoki" played at Kinkaku-ji temple, and it came to be used in Kabuki as well, especially in Jidai-mono (historical drama). Lifting up the stage is called Seri-age and down is called Seri-sage. Now the theaters use electric power for it, but it was man-powered in the old days. (,) 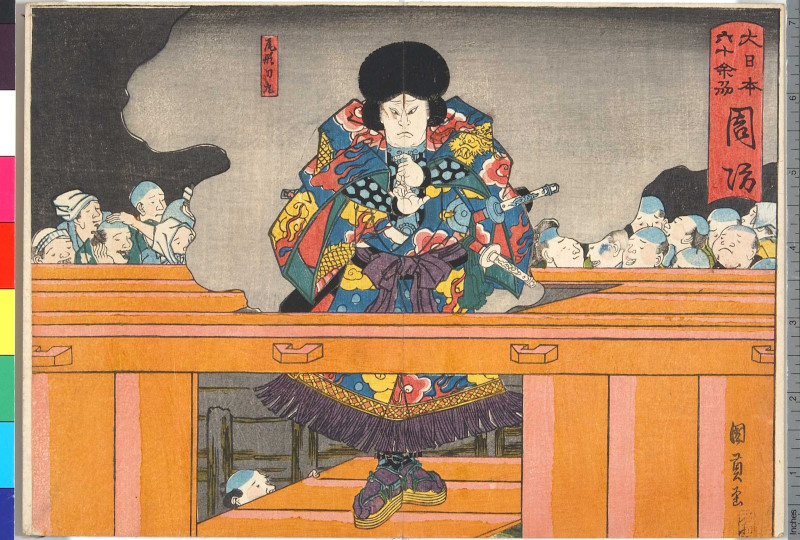