A07 Picture Scroll of Yaro Kabuki and Misemono

This picture scroll described the Kabuki stage in its early days when it was still called "Yarou Kabuki".
The 3 pictures which depicted the stage during the performance were derived from scenes of "Kokin Yakushamonogatari" (designed by Hishikawa Moronobu, published in 1681 (Enpo 9)). In the beginning of the scroll, a situation in Shibai chaya can be seen, and in following parts, Sumo wrestling, a scene of glimpse (a popular literal motif Ariwara Narihira's visit to Takayasu),a kind of acrobatics, the front view of a theatre and two Chaya (the artist possibly referenced to the pictures of "Kokin Yakushamonogatari"), and finally the battle scene(Imagawa Shinobiguruma). This work has value as a visual source which shows the state of the show (Misemono kogyo) at that time. (,) 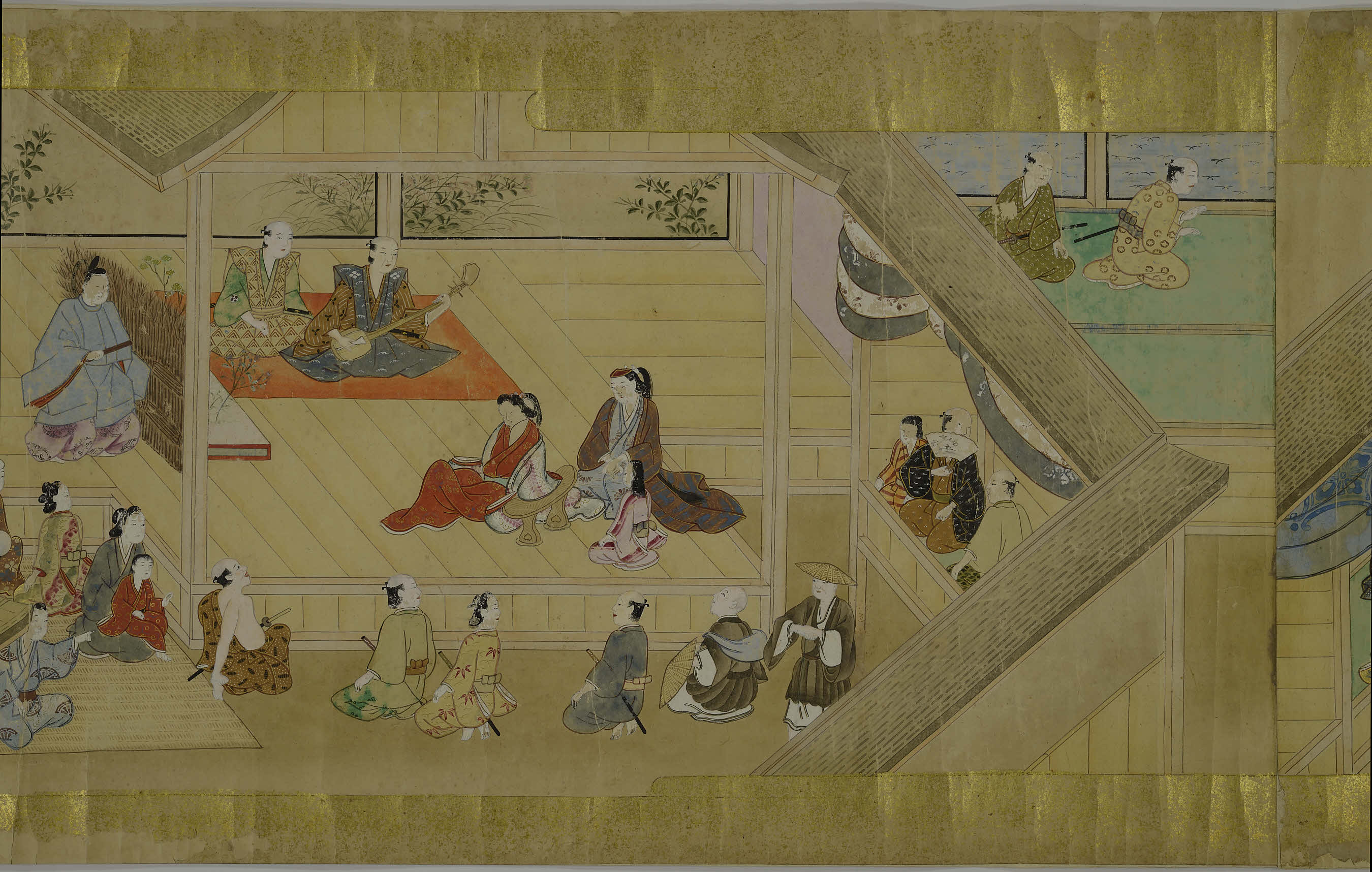