D08 The rival of Danjyuro the ninth

Even Danjyuro the ninth, who was praised as a "gekisei" (Holy Actor) afterward, was given a nickname "green calabash" because he was weak in health and his face always looked unhealthy pale when he was at the age of 16 or 17. Moreover, his acting was inferior to even general actors and unskillful. On the other hand, his eternal rival Onoe Kikugoro the fifth, a son of the distinguished theatre Ichimura-za, got such a high reputation at his very first stage saying "Genius displays itself even in childhood, he delivered his lines pleasantly. He must be a splendid actor after he comes of age." These two historic actors competed against each other for the quality of performance.

It is said that their personalities were directly opposite, like Danjyuro patient and Kikugoro was short tempered. Such differences can be applied to their attitudes toward a performance, Danjyuro didn't preferred to be particular about the details, in contrast Kikugoro thoroughly calculated his every action.

There is a famous episode when Kikugorou and Danjyu-ro acted together on the stage of Terakoya at Meiji-za. Kikugoro talked to Danjyoro and his disciple who played a role of Genba in the back yard, "he's still not good. You should have taught him more." But Danjyuro just responded "If he is a unskillful actor, it would be just a waste of time however hard I teach him." Danjyuro believed that people can't learn many things in a rush, and if they are really talented as an actor, they will improve by oneself."

This picture is Yakusha-e, actors print, which was published on the stage when this episode came out. (,) 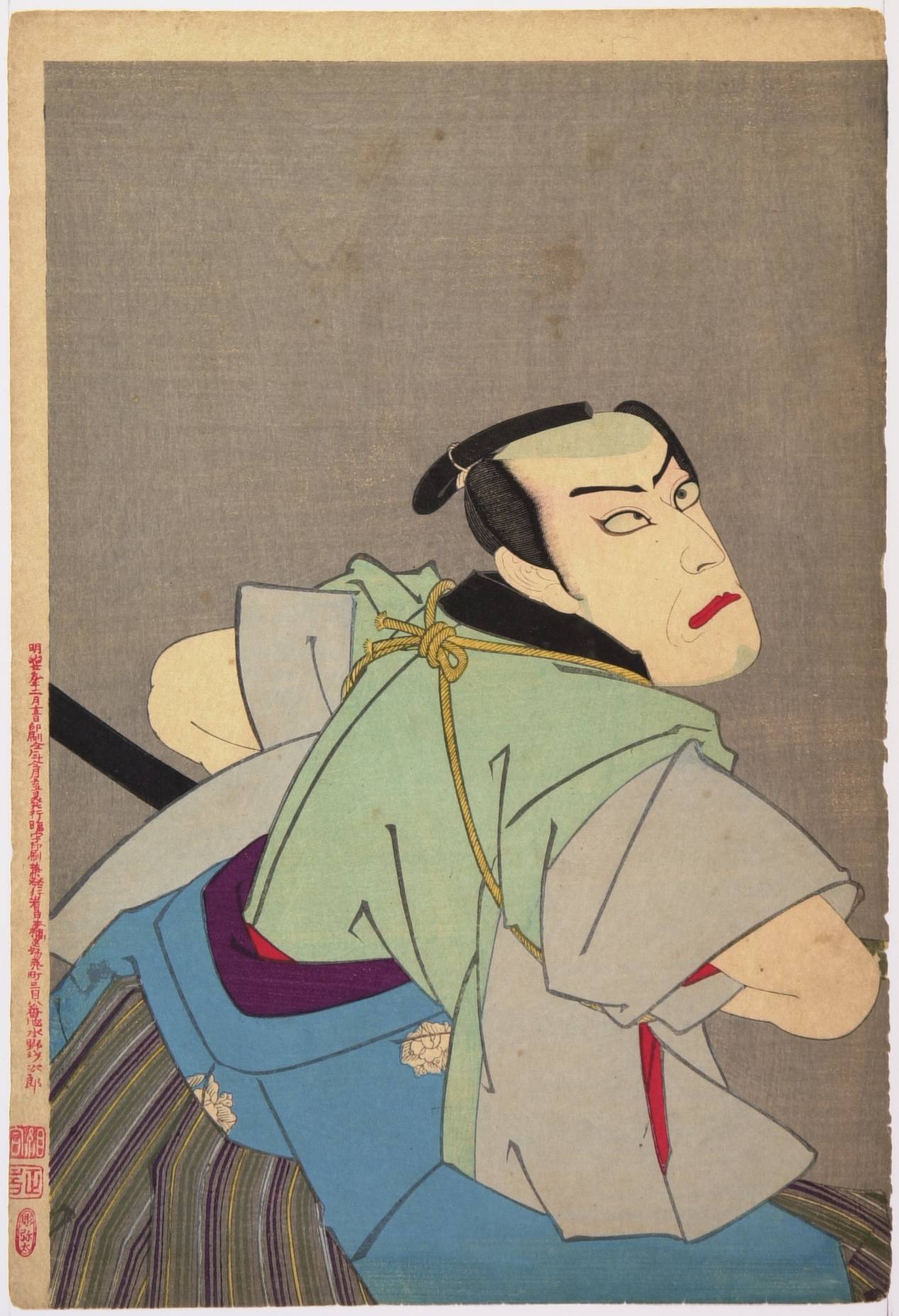